Drummers, with their crazy beat and energetic energy, are a vital part of rock music. And for years, drummers have been performing amazing solos both live and recorded. Here are our top ten picks for amazing drum solos.

Joe Morello in his performance in taking Five was able to make drumming history. On just a simple four-piece drum set, and with nothing but his hands, this wildly imitated drummer created a drum solo that would be remembered and admired by countless drummers to come.

Morello, with his incomparable talent, was able to make history with just his fingers and a simple and humble drum set; a feat most drummers couldn’t make with all the modern technology the world could offer.

John Bonham in his solo in the infamous song Moby Dick set a bar so high that only very few drummers ever manage to become comparable. Bonham, with his rock background and undeniable talent, managed to take his greatest influencers and put his own unique rock sound to their music.

Moreover, watching Bonham play the drums, is like watching a child throw a tantrum, however, still, somehow, Bonham manages to maintain a steady beat and a sound so amazing it is quite simply undeniably magical.

Steve Gadd in his solo for Keep The Customers Satisfied proved that he was a drummer to watch out for. With Gadd’s creativity and raw talent, his drumming solo was clearly something that other drummers and musicians took notice too.

Furthermore, while playing with The Buddy Rich Big Band could feel like huge shoes to fill for any drummer, Gadd doesn’t get lost in that legacy or get scared from those expectations. But rather, Gadd successfully shines through and proves that he too is an immensely talented drummer that deserves to be right where he is.

The Beatles were one of the most famous bands on the planet during their time, and Ringo Starr was no exception to this fame. And although Starr wasn’t generally one to perform solos, typically sticking to short pop performances and the preplanned music.

Starr decided to take some musical liberties during his live performance of the song Abbey Road, and make some musical history. This exceptional performance proved to any onlookers that Starr was an immensely talented and experienced drummer who deserved his place in the most famous band in the world.

When most people think Keith Moon, they think of his 1967 drum solo in the song My Generation, and that isn’t without good reason. This solo not only shows amazing synchronization and fitting between all the infamous members of The Who, but also shows how a talented drummer could shine without outshining.

In this performance Moon managed to show off his raw talents and abilities while still somehow complimenting the works and talents of his fellow band members. And let’s not forget the wildness of the drummer, not all musicians would be willing to literally blow their drums up.

Neil Peart from the Rush is known for both his ability as well as consistency. The man was an immensely talented composer who managed to perform his unique and beloved solos perfectly every time.

In Peart’s solo in the composition YYZ we get a glimpse at the kind of amazing feats that this drummer was able accomplish through talent, hard work and dedication. And while peart wasn’t one known for wild and spontaneous drumming moments, these is no denying the perfection hat he performed every single time.

Buddy Rich is one of the most famous musicians and drummers to ever walk the planet. With his speed, talent, technique and raw abilities, Rich was quickly recognized as the drummer to look out for and to strive to be.

Moreover, as seen in the clip below, Rich managed to keep up his speed and stamina well into the later years of his life, proving that no matter his age, Rich will forever be comparable to even the youngest of drummers.

Buddy Rich, through his years of playing, proved that raw talent and ability has the clear advantage over everything and anything else when it comes to music.

Gene Krupa may be the reason that people have come to love the drums the way that they do. Krupa was the first real drum player to prove that the drums were there for more than just some background beat, proved in his solo from Big Noise From Winnetka.

In this solo Krupa literally leaves his throne to play the double bass with his sticks, taking a liberty and a creative chance that had never been taken before. As seen in the clip, and in the way that drummers are celebrated, this chance clearly payed off positively.

Travis Barker is living proof that great musicians aren’t a thing of the past. You don’t need to have invented the drums in order to have mastered it and mastered in Barker has.

Barker, along with his band, Blink 182, has become one of the most famous musicians on the planet, and not without good reason. As seen in his clip below, Barker possesses that raw talent that is constantly sought after in the musical industry.

Barker has earned himself quite a reputation in the drumming world, with countless people recognizing him as one of pop fastest drummers alive, even after him being badly burnt in a devastating plane crash.

Ginger Baker, in his performance of Toad, alongside his band, Cream, proved to the world that he is more than just another talented drummer. Baker, proved through his creativity and talent that he is as deserving as anyone else to be on this list.

Although his band didn’t last long, Baker managed to create quite a splash in the musical world during his bands short lived success, even eventually making the Hollywood Wall of Fame for his abilities.

Shani holds a journalism bachelor's degree and is an cat over and adoring owner of two cats,Sahni’s love for music has led her to a successful career as a freelance writer specializing in musical instruments. When she's not writing she likes spending time with her spend and their 2 sons 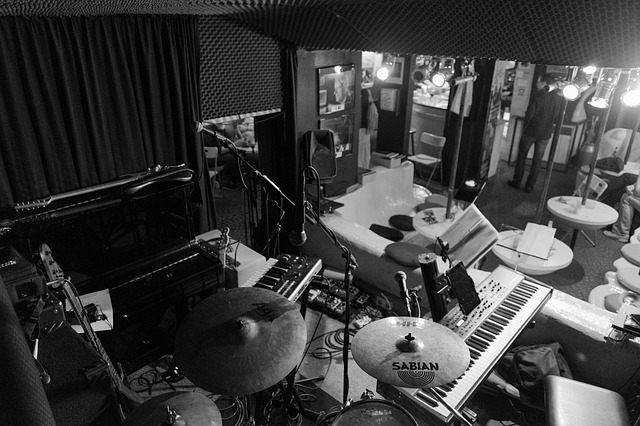 The 10 Best Drum Websites and Blogs